Communities Rising for Regeneration vs Destruction: War and Its Impact on The Climate Crisis 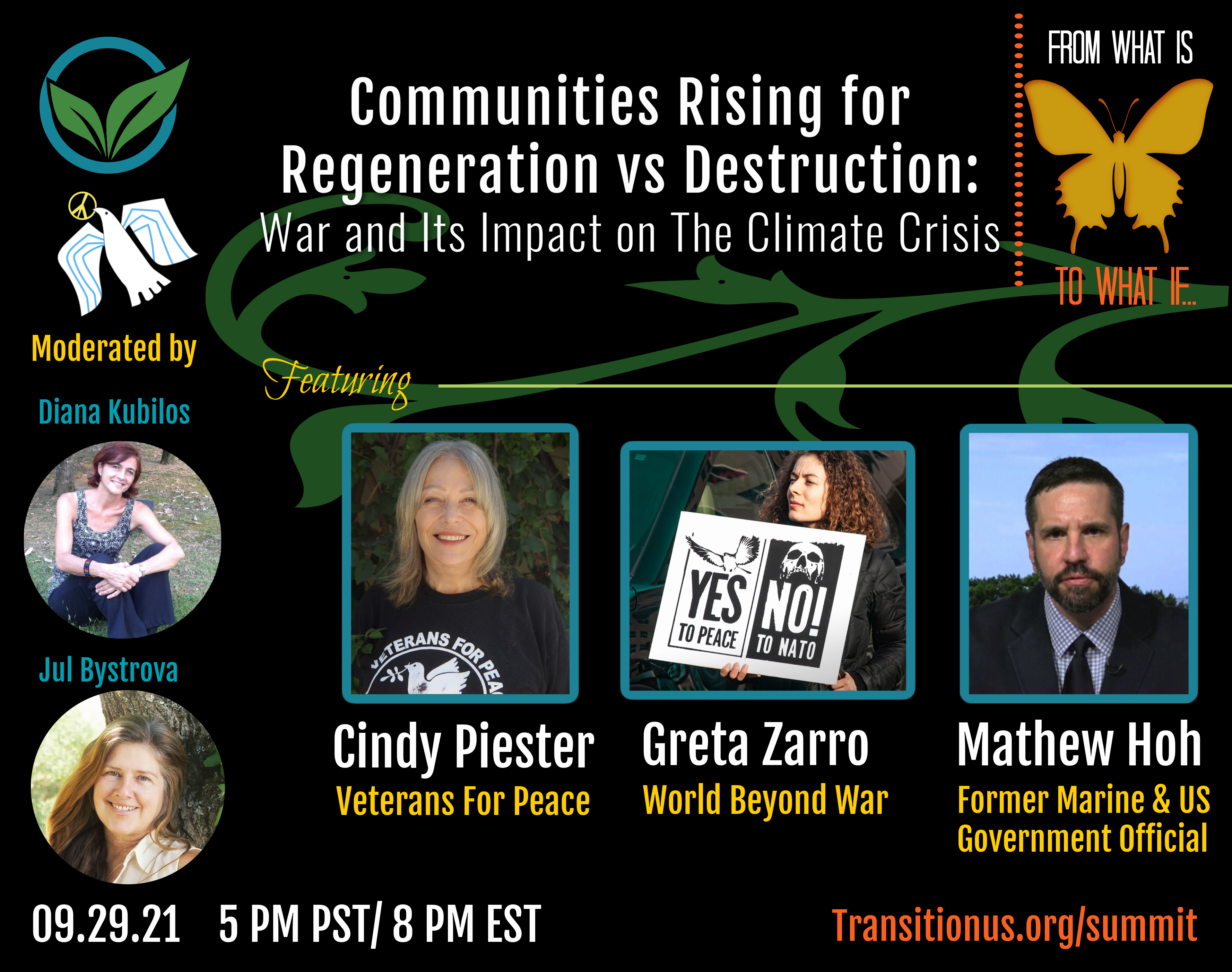 Our ballooning US military budget (larger than the next ten countries combined) diverts funds from desperately-needed responses to both community health and social service needs, as well as climate crisis challenges. For perspective: In 2020, we spent .028% of our discretionary budget on renewables, compared to over 60% on the military. And a lesser known truth is the impact of the military itself on climate change: Our US military is the largest institutional consumer of fossil fuels, emitter of carbon emissions, and arguably the worst environmental polluter in the world. Come hear from our inspiring panel, on ways communities can work in solidarity, for divestment from our military’s massive funding of destruction, and toward funding that supports systems of justice, nonviolence, and healing. 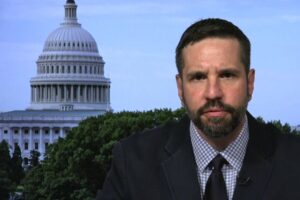 Matthew has nearly twelve years experience with America’s wars overseas with the United States Marine Corps, Department of Defense and State Department. He has been a Senior Fellow with the Center For International Policy since 2010. In 2009, Matthew resigned in protest from his post in Afghanistan with the State Department over the American escalation of the war. Prior to his assignment in Afghanistan, Matthew took part in the American occupation of Iraq; first in 2004-5 in Salah ad Din Province with a State Department reconstruction and governance team and then in 2006-7 in Anbar Province as a Marine Corps company commander. When not deployed, Matthew worked on Afghanistan and Iraq war policy and operations issues at the Pentagon and State Department from 2002-8. Matthew’s writings have appeared in online and print periodicals such as the Atlanta Journal Constitution, Defense News, the Guardian, the Huffington Post, USA Today, the Wall Street Journal and the Washington Post. He has been a guest on many news programs on radio and television networks including the BBC, CBS, CNN, Fox, NBC, MSNBC, NPR, Pacifica. and RT. The Council on Foreign Relations has cited Matthew’s resignation letter from his post in Afghanistan as an Essential Document. In 2010, Matthew was named the Ridenhour Prize Recipient for Truth Telling. Matthew is a member of the Board of Directors for the Institute for Public Accuracy, an Advisory Board Member for Expose Facts, North Carolina Committee to Investigate Torture, Veterans For Peace and World Beyond War, and is an Associate Member of Veteran Intelligence Professionals for Sanity (VIPS). He has been certified by North Carolina as a Peer Support Specialist for Mental Health and Substance Use Disorder. View Matt’s website at: https://matthewhoh.com/ 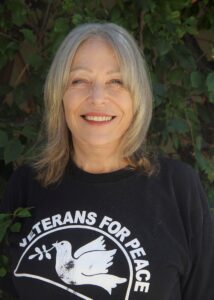 Cindy Piester, Steering Comm. & Outreach Director, Veterans for Peace Climate Crisis & Militarism Natl. Project. Born the day the US bombed Hiroshima, both the daughter and wife of war veterans.  Cindy has lived her life as a peace activist and organizer under the shadow of US Wars.  She is a lifetime member of Veterans For Peace and on the Steering Committee of VFP’s Climate Crisis and Militarism National Project as its Outreach Director.  She is also on the Board of the national organization, Unitarian Universalists for a Just Economic Community.  She presents frequently on Climate Disruption and US Militarism. 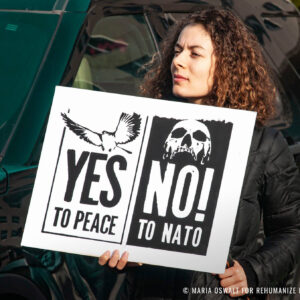