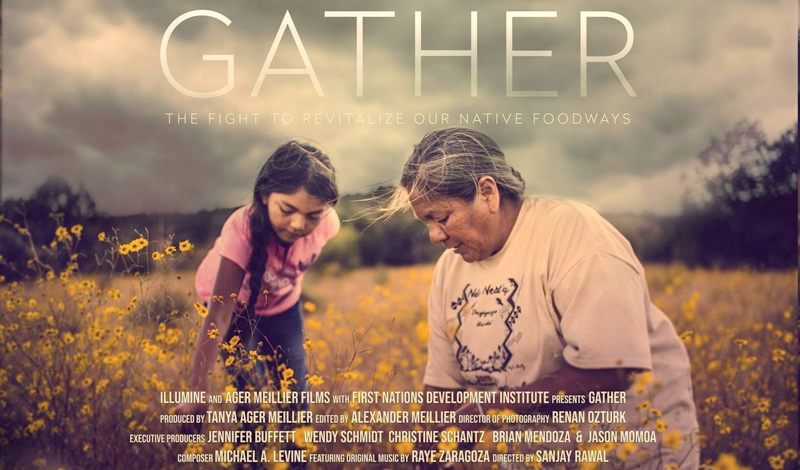 Watch “GATHER” at your convenience from Sept.28 to Oct. 7 and join the discussion on Oct 5 at 5 pm PT. Sign up HERE to access the free films in the Regenerative Communities Film Series during the event.

Film synopsis:  “Gather” features experts such as classically trained Chef Nephi Craig on White Mountain Apache Reservation in Arizona where he partners with Ndée Bikiyaa, or the People’s Farm to create a restaurant of traditional food offerings out of a converted deserted gas station. The film also takes viewers to Northern California where a group of young Yurok tribal members grew on the Klamath River to harvest salmon in a place where they were fished to near extinction. As the leader of the group the Ancestral Guard, Sammy Gensaw is trying to gather coastal Native California youth to pool their separate tribal food systems to ensure their collective survival. The free screening is made possible by our sponsor Films for the Planet.

The film discussion features projects that are reclaiming ancient foodways. The conversation will highlight the importance of diverse, local network-building as a path forward in creating resilient, community-based food systems. We will explore the role of food in healing cultural trauma, restoring cultural traditions, and creating robust local and regional economies. Learn about weaving food webs – the overlapping networks of grassroots leaders and organizations working to define their own food choices.

Signup to watch the documentary FREE for one week at your convenience then join the film conversation.
Sign up HERE to watch FREE films during the summit  – https://bit.ly/3CQU18j
Films Series Sponsor: Films for the Planet

This workshop is being offered as part of the 2021 Regenerative Communities Summit. Please click here to learn more and register using our pay-what-you-can donation-based system to participate. 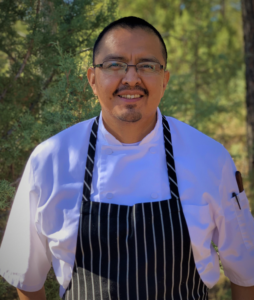 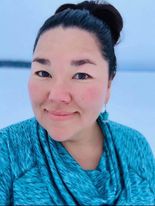 Linda Black Elk is an ethnobotanist and food sovereignty activist specializing in teaching about culturally important plants and their uses as food and medicine. She is eternally grateful for the intergenerational knowledge of elders and other knowledge holders, who have shared their understandings of the world with her, and she has dedicated her life to giving back to these peoples and their communities. Linda works to build ways of thinking that will promote and protect food sovereignty, traditional plant knowledge, and environmental quality as an extension of the fight against hydraulic fracturing and the fossil fuels industry. Recently, Linda and her family have been spearheading a grassroots effort to provide organic, traditional, shelf-stable food and traditional Indigenous medicines to elders and others in need. She has written numerous articles, book chapters, and papers, and is the author of “Watoto Unyutapi”, a field guide to edible wild plants of the Dakota people. Linda spends her time foraging, hiking, hunting, and fishing on the prairies and waters of the northern Great Plains with her husband and three sons, who are all members of the Oceti Sakowin, the Seven Council Fires of the Lakota. Linda currently serves as the Food Sovereignty Coordinator at United Tribes Technical College in Bismarck, North Dakota. 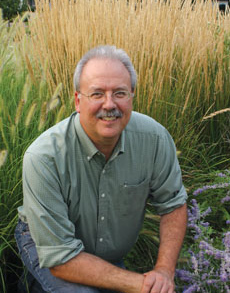 Local food economist Ken Meter, director of Minneapolis-based  Crossroads Resource Center is probably the country’s foremost thinker on the role of food in creating robust local and regional economies. Ken’s new book, “Building Community Food Webs” highlights the importance of local network-building as a core part of restoring community-based food systems. Meter has spent the past 50 years writing and working to build equitable communities and food systems. He defines a food web as “overlapping networks of grassroots leaders and organizations working to define their own food choices. He shows how the industrial, commodity-centered food system has drained wealth from indigenous and rural communities, tells stories of food web building across the country, and draws from the lessons he’s learned to create a road map for the next generation of food systems leaders. Discussion themes include building a culture of trust and collaboration within the cooperative food movement that allows it to thrive and survive. 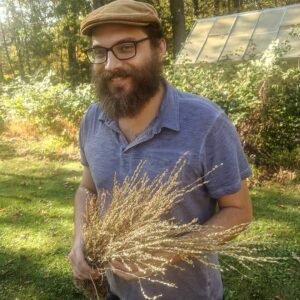 Nate Kleinmas was born in Philadelphia and graduated from Georgetown University’s School of Foreign Service in 2004. He worked in a wide range of jobs before realizing he needed to pursue a life of activism. Since then he has mainly worked in politics and organizing. He is grateful to be able to consider himself an equal parts farmer and organizer today. As a volunteer, Nate has been involved in efforts ranging from the Sudan Freedom Walk campaign to Occupy Sandy. He helped found InterOccupy.net, an open communication platform for activists. He ran for U.S. Congress in 2012 and was called “the first Occupy candidate” by Politico. Nate has since actively served on various boards. He started the Baederwood Cultural Heritage Garden Project in 2009, his first experiment with networked seed-saving. He is a member of the Seed Advisory Committee of the Non-GMO Project and a facilitator at the Cooperative Gardens Commission. As a plant breeder and experimenter, Nate has a broad range of interests. He co-founded the Experimental Farm Network (EFN) which works to facilitate collaborative plant breeding and regenerative agriculture research in order to fight global climate change, preserve the natural environment, and ensure food security for humanity into the distant future. He believes participatory plant breeding on a massive scale can lead to breakthroughs to help us not only adapt to climate change, but one day actually stabilizes the climate. 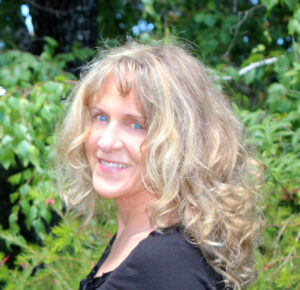 Thea La Grou is a creative synergist traversing multiple domains. Media strategist and story weaver – Thea has produced award-winning films and books, long-form interactive, media expeditions, art exhibitions, expositions, film festivals, virtual learning journeys, and streaming film events. She is the Founding Director at Compathos, an arts and media nonprofit, home of Films for the Planet — the best in environmental and social action films on demand. Her portfolio of media projects includes a series of branded film events in the San Francisco Bay Area as well as media projects originating in Ethiopia, Brazil, Costa Rica, China, Indonesia, and Standing Rock. You can find her digital art repository at the 12th Muse.
Thea was the architectural, interior, functional, and landscape designer for her home in the California Sierra foothills. She and her husband, John co-founded Millennia Music & Media – with over 35 industry awards, a world leader in critical audio recording products and the home of IMERSIV, a new audio technology paradigm. Their interests include travel and wine-making with over 150 awards so far.