In its first decade, the slow money movement catalyzed the flow of $80 million to more than 800 organic farms and local food enterprises via volunteer-led groups in dozens of communities.  Entering our second decade, we are launching the new beetcoin.org site to support the widespread replication of local SOIL groups that make 0% loans.  In tandem with this launch is the release of Woody Tasch’s book AHA!: Fake Trillions, Real Billions, Beetcoin and the Great American Do-Over, from which a few tidbits will be shared. 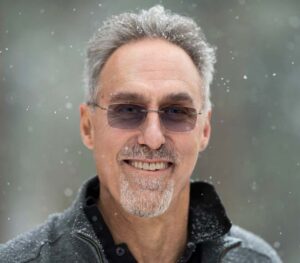 Woody Tasch is the author of Inquiries into the Nature of Slow Money: Investing as if Food, Farms, and Fertility Mattered (Chelsea Green) and SOIL: Notes Towards the Theory and Practice of Nurture Capital (Slow Money Institute). Tasch is former chairman of Investors’ Circle, a nonprofit angel network that has facilitated more than $200 million of investments in over 300 early-stage, sustainability-promoting companies. As treasurer of the Jessie Smith Noyes Foundation in the 1990s, he was a pioneer of mission-related investing. He was founding chairman of the Community Development Venture Capital Alliance. Utne Reader named him “One Of 25 Visionaries Who Are Changing Your World.”